As Viruses Evolve, A Flu Shot That’s Worth the Pain

Flu vaccines often don’t work because viruses mutate so often – fortunately, a new universal vaccine is on the horizon 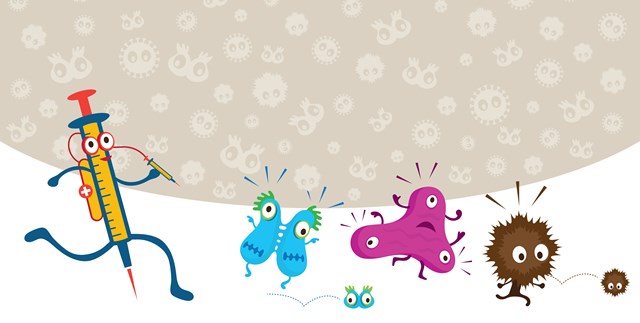 A flu vaccine that can catch ’em all

As you’ve no doubt heard – and possibly experienced for yourself, though we hope not – the 2018 flu season is one of the worst of recent years. Tragically, many have died, including children, and hospitals across the country have had to set up makeshift overflow areas to treat patients coming to the ER.

One of the reasons for this is the perennial difficulty in developing a vaccine that can target all the varieties of virus; each year, scientists have to predict the strains they suspect will hit during flu season so that they can prepare vaccines in advance. They are accurate much of the time; however, in some seasons, like this one, the vaccine is most effective against only a few varieties, and it’s the non-targeted viruses – such as the deadly H3N2 – that are taking such a toll.

Scientists (and patients) have long dreamed of a universal flu vaccine, meaning a vaccine that could treat all strains, all the time. Given that viruses evolve and mutate at an incredible rate, this is a tremendous challenge.

That’s why we are glad to know that one of the Weizmann Institute’s drug-development stars has been focusing on making this dream a reality.

Prof. Ruth Arnon is one of the co-developers – along with Weizmann colleagues Prof. Michael Sela and Dr. Dvora Teitelbaum – of Copaxone®, the blockbuster multiple sclerosis (MS) drug that is today a frontline treatment for that disease.

While studying flu viruses, she found a tucked-away peptide that somehow remained conserved throughout evolution. Because the peptide exists across a range of flu viruses, it is a weak link that can be targeted by a vaccine. But it turns out there wasn’t just one peptide – nine have now been found – meaning that the universal vaccine can shut down the viruses even more effectively. So rather than attack the flu on a strain-by-strain, season-by-season case, the vaccine could protect people against all potential flus; it is also highly flexible, so if it does not work against a particular strain in a given year, it can be quickly modified.

The vaccine – being brought to market by BiondVax – has been granted patent approval in more than 30 countries, including the U.S., the E.U., Japan, Australia, China, Mexico, Russia and, just this past January, India. This approval means that BiondVax – which is consulting with the FDA on Phase III studies – can work with pharma companies and governments to develop the vaccine.

No one likes injections, but knowing that a flu shot will actually be protective makes it a bit more palatable. Hopefully, we will all be free of all flus – avian, swine, or equine; types A, B, or C – some year soon, and always.

Want to learn more? Hear Ruth Arnon herself talk about the vaccine in this interview on Israel’s Artuz HaKnesset channel.

◅
Previous Post The Art of the Visionary Scientist
Next Post Day Zero: What Happens When the Tap Goes Dry?
▻
comments powered by Disqus