Did you know that one of our many breakthroughs includes discovering THC and CBD? Meet the “Father of THC,” Prof. Raphael Mechoulam 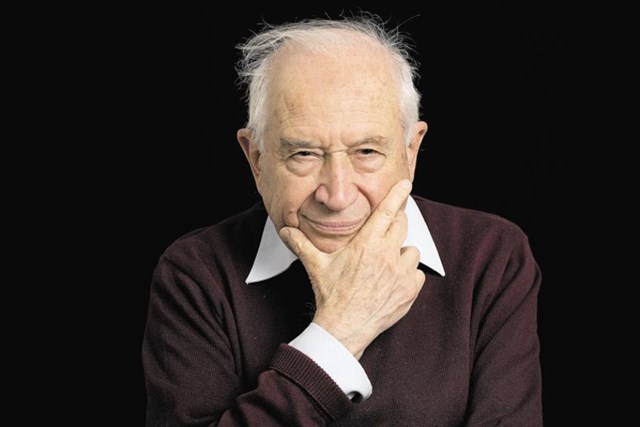 Raphael Mechoulam’s research has driven the current medical marijuana boom – and is helping people suffering from a host of conditions.

Following the wave of marijuana legalization across America, THC and CBD products are now everywhere: gummy bears, energy drinks, chocolate, even skincare products. Before laws were changed, scientists in the U.S. were handicapped in their ability to research marijuana, thus giving a decades-long edge to scientists elsewhere. Scientists like Prof. Raphael Mechoulam at Israel’s Weizmann Institute. As a young academic, Mechoulam was able to convince the police to give him hashish for his research (one of his many fascinating stories.) This led to a relationship that continued for over 40 years.

Celebrated today worldwide as the “Father of THC” and the “Godfather of Cannabis Research,” Mechoulam discovered THC (tetrahydrocannabinol) and CBD (cannabidiol), revealing their chemical structures in 1963 and 1964. While THC is what produces marijuana’s high, CBD has tremendous medicinal value without the potentially debilitating buzz.

Mechoulam quickly saw the substances’ potential for treating a host of ills, but had difficulty getting traction in the mainstream medical community – despite being funded for 45 years by the National Institutes of Health (NIH). In another interesting story, the NIH support came through, Mechoulam told The Jerusalem Post, after “the chief pharmacologist of the U.S. National Institute for Mental Health came to see me. He said that one U.S. senator wanted to know how marijuana affects the brain, because his son was using it.”

Want more Mechoulam? Watch "The Scientist," a documentary about his life and research.

A May 2019 New York Times Magazine cover story examining the claims about CBD’s power opens with the tale of a boy with uncontrollable epilepsy. Uncontrollable, that is, until his mother discovered CBD.

This is the type of situation that frustrates Mechoulam, long outspoken about the slow pace of research and, in particular, of getting medicines to the patients who desperately need them. He’d even conducted a landmark study of CBD for epilepsy in 1980; as NBC reported. “It would take more than 30 years before his clinical work on using CBD … to treat epilepsy became widely accepted.”

Thanks to Mechoulam’s research, CBD is used to treat conditions as diverse as glaucoma, Parkinson’s, chemotherapy side effects, MS, and Crohn’s. And his work is carried on at Weizmann today by scientists such as Profs. Avi Levy and Asaph Aharoni in the Plant and Environmental Sciences Department, who are using advanced tools, like CRISPR gene editing, to further understand cannabis – and how active ingredients like CBD can contribute to biomedicine. Our scientists are also bringing the research to life: a biologist invented a technology that measures the potency of THC in marijuana, and a neuroscientist is including marijuana in his AI-driven algorithm that finds the right antidepressant for each patient. Recently, Prof Aharon discovered a breakthrough: new source of cannabinoid biosynthesis that does not involve cannabinoids or cannabis. Mechoulam during a lecture in 1964 with the newly revealed structure of CBD behind him.

“Israel is one of the leading countries in the world in cannabinoid research,” he said in Tablet Magazine. “And the reason for that is because we started when nobody else was doing it.”

At 92, Mechoulam, now at Hebrew University, is still conducting research. In 2019, he and his team announced a new breakthrough: a method for producing synthetic forms of cannabis acids, “compounds that are produced in the plant when it is alive and may be more potent” than CBD and THC, per NBC News. This method could promote development of new drugs for “psoriasis, arthritis, anxiety and inflammatory bowel disease.”

He is also studying the beneficial effects of cannabis on trauma, colitis, autism, and more.

At long last, Mechoulam’s time has come. He has been feted across the globe, speaking at conferences, and receiving honors and awards including the Israel Prize, Harvey Prize, Rothchild Prize and NIDA’s Discovery Award as well as honorary doctorates in Spain and the US for his research.

Both a counterculture hero and respected scientist, he has been covered in publications ranging from VICE  (“I’d formed this mythical image of him … as a revolutionary mind who defies the conventions of his time and alters, forever, our perception of the world”) to National Geographic (a “decorous man … who wears natty tweeds, silk scarves, and crisp dress slacks”), from The New York Times (“Pointing to an international paucity of clinical trials, he said, ‘Israel has more than the United States at the moment, which is ridiculous’”) to, unsurprisingly, Cannabis.net ("The committee should strongly consider Dr. Raphael Mechoulam for a Nobel Prize.")

For the record, this medical marijuana pioneer says he has never smoked marijuana, not wanting his research to ever appear compromised.