Ron Milo’s paper on how humans have impacted wildlife was one of 2018’s most popular. That’s great … right? 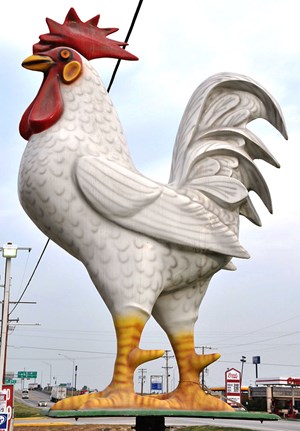 It’s that time of year: the roundup. The best movies! Music! Books! And, yes – scientific papers.

2018 was perhaps not the happiest year in a number of ways, and the good and bad news is that many of our major problems are reflected in the research. It’s bad because reading about these issues is not uplifting, to say the least. It’s good because science – and the knowledge, clarity, and facts it provides – is what will guide us through.

As we look back, the headline of Slate’s annual rating of the most popular science papers says it all: “The Top 10 Science Papers of 2018 Are an Apocalyptic Nightmare.”

In the Slate article, author Daniel Engber – who used Altmetric’s ratings – says of this year’s “profoundly depressing” list: “If one chooses to view the top of the list (as I have done) as a monumental portrait of the year in science, if not the grand résumé of its most important findings, then I’m afraid that one may end up (as I have done) in deep despair.”

Altmetric’s hundred papers provide research on things that are difficult to face, yet can’t be ignored. The Great Pacific Garbage Patch is growing. Antibiotic-resistant bacteria are stronger than expected. Storms, wildfires, droughts, disease, and other effects of climate change are hitting us harder and faster than predicted.

And breaking into the top 10 of this redoubtable elite is Weizmann’s own Prof. Ron Milo, with his research paper “The biomass distribution on Earth.”

The title sounds innocuous enough, but more evocative descriptions were quickly proffered; for example, The Guardian got straight to the point with “Humans Just 0.01% of All Life but Have Destroyed 83% of Wild Mammals.”

Milo himself wrote a more lay-friendly account of the research for the World Economic Forum, titling it “Humans are a Massive Minority on Earth. Why Don't We Act Like It?”

He explains that the impetus for the research was realizing that hardly anyone – even scientists – actually knew the breakdown of biomass on Earth.

(If you, like The Curiosity Review, need a quick refresher on what biomass is, the short answer is that it’s the total amount of living things in a given space. Biomass also often refers to energy sources, but that’s another story.)

Milo’s colossal study revealed that not only have humans eliminated much of the diversity of life on our planet, we’ve homogenized what’s left. For example, instead of wild birds of all imaginable colors and sizes and abilities, the earth now has domesticated poultry – in fact, the mass of the latter is now twice of all wild birds combined. Another example: today, less than 5% of mammals on Earth are wild; a whopping 96% are humans and the mammals we grow to feed ourselves.

Milo asks the question most of us are now asking: what can we do? “The necessary solutions for ensuring that our children enjoy healthy and abundant natural habitats are not simple,” he says. “Many require changing what we eat and how we produce it, since agricultural land use is the dominant driver of deforestation and the diminishing populations in the animal kingdom.”

In fact, in previous research, Milo showed that switching to a meat-free diet would help conserve our dwindling resources: in America alone, “replacing all animal-based items with edible crops for human consumption would add enough food to feed 350 million additional people, or more than the total U.S. population, with the same land resources.”

That’s one step you can take right now, if you haven’t already. But we all know that there is so much more we can do. (Putting his actions where his research is, Milo, for example, started a program to pick up trash in Israel’s parks and towns.) Supporting Weizmann science and scientists is more important than ever, since research is what will give us the knowledge to repair our world.