Anxious? (Who Isn’t?) Scientists Study Stress in the Brain 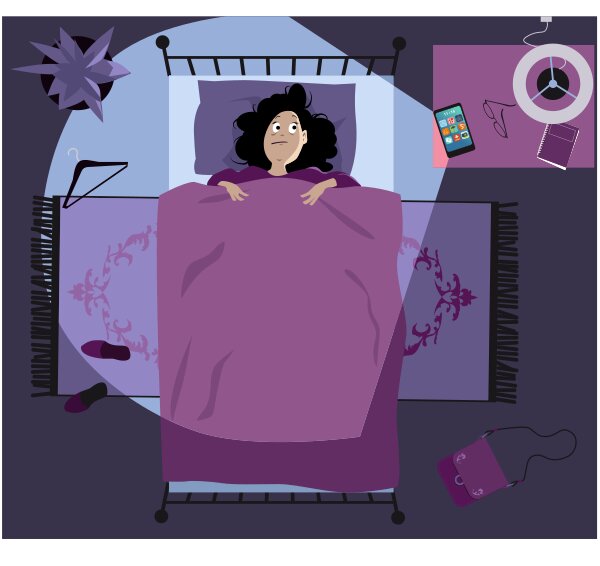 Can’t turn it off? At a time when the scary news doesn’t stop, research shows what goes awry in the brains of anxious people – including how the stress-response pathways don’t shut down.

“According to Gallup, in 2018, more Americans were stressed, worried and angry than at any point in the last 12 years. That is extraordinary when you consider that the past dozen years includes the 2008 financial crisis and multiple terrorist attacks. Furthermore, American stress levels are among the highest in the world. Seriously, Americans were as stressed as Iranians and more stressed than citizens of Rwanda, Turkey, and Venezuela,” reports The Washington Post, adding the technically accurate diagnosis: “That’s nuts.”

And as if the many and concurrent climate-related disasters weren’t adding enough to this burden of negativity, learning that one billion – billion! – of Australia’s animals, many unique in the world, have died in the wildfires cranked The Curiosity Review’s anxiety level to 11. (At this rate, Prof. Ron Milo will soon need to update his 2018 biomass study showing that humans have destroyed 83% of wild mammals; surely that number has now increased.)

Let us turn to science for some perspective.

One of the first things we’re curious about is what’s happening in our brains as a result of all this stress.

You have probably heard of cortisol, aka the stress hormone. When our brains perceive danger, the hypothalamus and related areas send out corticotropin releasing factor (CRF), a neurotransmitter that triggers the release of cortisol. Cortisol, in turn, drives many of the body’s responses to stressful stimuli; it also increases our levels of fear, anxiety, and vigilance.

This fight-or-flight response evolved to save our ancestors from threats – and while “it’s good to be anxious and fearful” when you are faced with a wild animal about to attack, “the response has to switch off when there is no longer a threat,” says neurobiologist (and new Weizmann Institute president) Alon Chen.

While the charging lions of today may seem more like kittens in comparison, they actually are still harmful. In “Chronic stress puts your health at risk,” the Mayo Clinic says: “Your body treats these so-called minor hassles [bills, work, etc.] as threats. As a result you may feel as if you’re constantly under attack.”

It doesn’t help that many of us have a hard time turning off our stress response, which can lead to anxiety disorders, depression, even eating disorders and PTSD. But it is not our fault, shows Chen, who is investigating this dysregulated reaction. “I’m trying to understand the mechanisms – what are the genes, the proteins, and the brain circuits – that regulate our response to stress,” he explains. “I strongly believe that when we identify the mechanisms in the brain, we can use them to develop better ways to treat these conditions.”

Chen recently proved a long-held scientific hypothesis: that members of the CRF family shut down the stress response once the cortisol-triggering event is over. But when that “turn it off” process goes awry, the sufferer’s stress level stays at high alert, leading to ongoing anxiety. Chen’s findings could provide much-needed improvements to the treatment of depression, anxiety disorders, and other serious conditions.

And in other work that could provide relief, Mike Fainzilber’s lab discovered a gene – or the lack thereof – with a major effect on anxiety levels. No importin alpha-5, no anxiety. (Less anxiety, anyway.) This previously unknown mechanism could guide the search for new classes of anxiety-alleviating drugs.

In the meantime, try getting out of your head. Legendary Weizmann neuroscientist Rafi Malach found that when we’re preoccupied, the cerebral cortex – the part of the brain involved in self-awareness – shuts off. “At some point, being conscious of yourself interferes,” he tell us, advising: “It can be better to let go.”