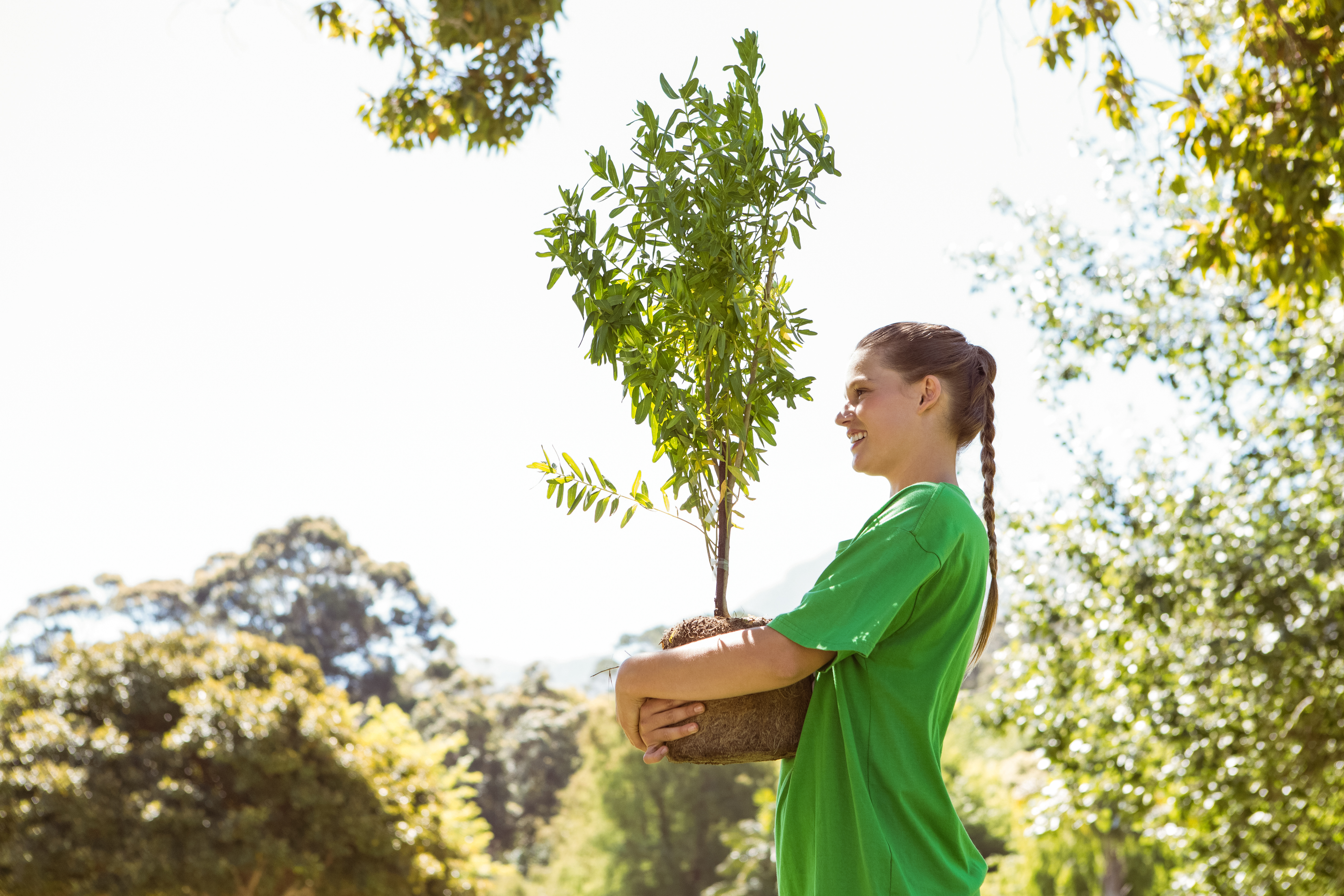 Small action, big impact: Research shows that the more trees we have, the better it is for our environment – both locally and globally. Go plant that plant!

Our new world order is particularly brutal for trees. Between climate change and economic greed, these lifegiving – and lifesaving – plants are not doing so well.

Besides well-known, large-scale devastations such as wildfires and deforestation (particularly of the Amazon, whose mighty forests are the reason the region is called – for now, anyway – the lungs of the planet), incremental changes are wreaking quieter, though no less devastating, impacts; for example, species native to the American South can no longer survive the warmer climate and so are spreading into cooler Northern climes. Behind them comes desertification.

These environmental alterations matter. A lot. Research shows that trees serve as carbon sinks, absorbing the greenhouse gas CO₂ out of the atmosphere and cooling the planet. However, this process is not as straightforward as initially thought.

Weizmann’s Dan Yakir, part of the global FLUXNET project (a network of data-collection sites examining Earth-atmosphere exchanges of CO₂, water vapor, and energy), developed ways to precisely measure how much CO₂ is absorbed by the trees at his Yatir Forest study site, as well as methods for analyzing to what extent such forests can offset global warming.

His research shows that trees’ influence on climate is nuanced; for example, dry (semiarid) forests, such as the Yatir, are very efficient in absorbing and storing carbon, but because they are dark, they also hold onto radiation energy – thus, they take longer than thought to offset the greenhouse effect.

Seeking ways to mitigate impacts, Yakir and his team created analytical tools to show that planting a wide greenbelt where the Sahara meets the rest of the African continent could contribute significantly to cooling the planet.

You don’t have to travel to the Sahara to plant climate-supporting trees; just go outside to your yard or take part in – or start – a community planting project. If you live in an urban area, you can support local initiatives; for example, NYC’s Million Trees project sought to plant that number of trees throughout the city – and did it! But it’s not over: you can still request a tree for your neighborhood and get involved in stewardship.

Such tree-loving efforts are the heart of the holiday of Tu B’Shvat, New Year of the Trees, which took place early in February 2020. And no, you don’t have to be Jewish to take part; this is something everyone can – should – celebrate.

A rite of spring dating to the Middle Ages, today’s Tu B’Shvat is an occasion for raising environmental awareness – including, of course, planting trees. Events across the country get people out for “Israel’s Arbor Day,” but you can participate wherever you are. The Curiosity Review knows that our readers don’t need an excuse to plant, but just in case: the Arbor Day Foundation in the U.S. gives all the reasons you could want, including explaining how trees fight climate change.

In fact, the role of trees in our environment is so vital, understanding it is so crucial to our survival, that Yakir won the 2019 Israel Prize, the country’s highest honor, for his research.

No matter where you are, no matter the time of year, we need to support trees so that they can support us. So take part in an ancient – but never more relevant – celebration and go plant a tree.

[On a side note: Weizmann’s campus is famed for its gardens, allées, and diversity of trees; in fact, due to popular demand, the Institute now provides “tree tours.” There is even a book featuring 100 individual trees. Let us know if you’d like to visit the campus!]

◅
Previous Post Anxious? (Who Isn’t?) Scientists Study Stress in the Brain
Next Post Need a Break from COVID? Here's a Cat Video from the Sobel Lab
▻
comments powered by Disqus