Heather Berlin: On the Neural Basis of Creativity....and Ghosts Test 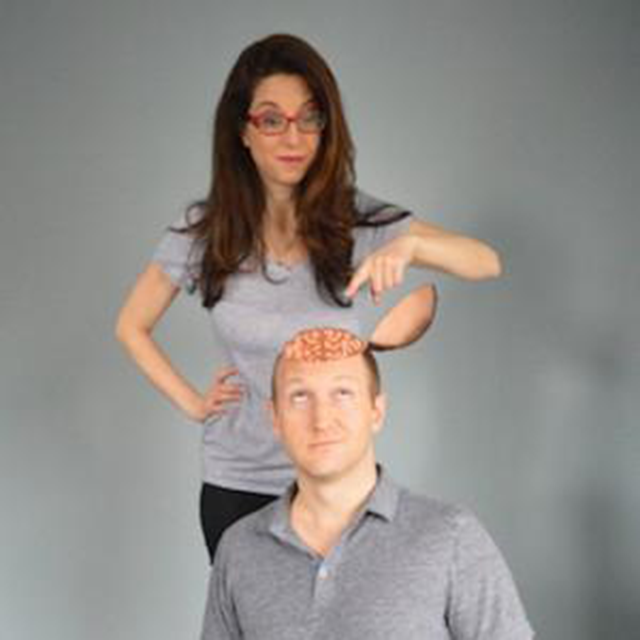 Curious about the brain basis of spontaneous creativity?

Tonight at Rockefeller University, Neuroscientist Dr. Heather Berlin, a Weizmann Advocate for Curiosity, will team up with science rapper and freestyle fanatic, poet and playwright Baba Brinkman, best known for recordings and performances that combine hip hop music with literature, theatre, and science, to explore the subject.

Berlin is one of my favorite people, and there’s never enough time to talk with her. Shortly after we met, she visited me at Science House to discuss the dark side of imagination and the unconscious mind. Every conversation with her since has taught me something about the way our brains work, and the way we work with our brains. Heather directs and conducts research to better understand the neural basis of impulsivity, compulsivity, and emotion with the goal of more targeted treatment. To do this, she employs neuroimaging and neuropsychological and psychopharmacological testing of brain lesion and compulsive, impulsive, and personality disorder patients. She explains this work with such clarity and beauty that to hear her describe it really illuminates the wonder of it all.

"What really blows my mind -- and this is sort of what motivated me to get into the field of neuroscience -- is that our little speck, our little earth in the universe which is huge and expansive...the fact that our little tiny brains, these little 3-pound pieces of matter, can comprehend that is extraordinary..."

Her interest in the neural basis of consciousness and dynamic unconscious processes is a fascinating topic to explore with her, but I also love her thoughts on life after death and her own struggle with the brain’s pattern seeking tendencies and willingness to believe what it wants to believe in the aftermath of her beloved grandmother’s death.

When Heather and I met recently to discuss life, death and the brains in between, we left dinner having agreed that ghosts do exist, but only in the form of memories we carry within us. Heather’s grandmother was her rock in life, giving her the strength to engage in adventures that she might not have otherwise had the courage to pursue. She carries the memory of that strength within her. When it comes to what people usually mean when they say “ghosts,” however, there are no new experiences except those invented by our brains.

◅
Previous Post How to Get Unstuck to Make a Breakthrough: Uri Alon
Next Post Weizmann scientist and Nobel laureate, Ada Yonath, has four tips for young people interested in a career in science:
▻
comments powered by Disqus