Weizmann scientist and Nobel laureate, Ada Yonath, has four tips for young people interested in a career in science: 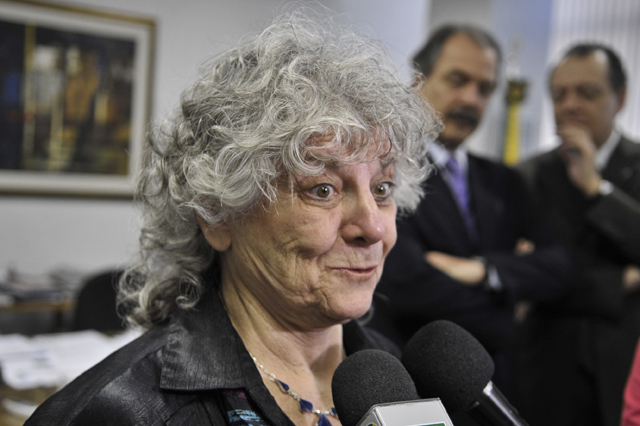 Weizmann scientist and Nobel laureate, Ada Yonath, has four tips for young people interested in a career in science:

Yonath experienced those dark periods from a young age. As a kindergartner in Palestine in 1946, her teachers and parents struggled to find a safe and adequate school for the over-achieving child. And when she was just 11 years old, her father died, leaving only Ada to help her mother do the basic math required in tax forms.

But Yonath’s perseverance in the face these challenges, her passion to overcome them, to avidly pursue her curiosity, paid off for Yonath.

In 2009, after 20 years of research heading up Weizmann’s Kimmelman Center for Biomolecular Structure and Assembly, she became only the 4th woman in history to receive a Nobel Prize in Chemistry.

Her project, to create a detailed map of the ribosome - the molecular factories where the proteins of all life forms are produced - was long considered an impossible dream by most of her peers in the scientific community. That’s because ribosomes in most organisms deteriorate quickly, making them difficult to examine. But what seemed another setback for Yonath, a bicycle accident that prevented her from working, lead her to spend a lot of itme reading.

During that period, she read about an arctic expedition to study hibernating polar bears and realized that ribosomes in extreme environments would need to be more robust. These bears, she says, gave her the courage to continue her research. By studying the ribosomes of other creatures in extreme environments, like the bacteria living in the Dead Sea, she was eventually able to find molecules stable enough to map.

After 20 years pursuing an impossible dream, Yonath and her team at the Weizmann Institute completed their map of a functioning ribosome, resulting in this stunningly beautiful video showing exactly how proteins in our bodies are produced.

With her endless curiosity and unflappable passion for understanding the basic mechanics of life, Yonath has paved the way for a deeper understanding of biology, and given the scientific community a great weapon in the ongoing evolutionary battle between drug-resistant bacteria and the antibiotics designed to stop them.

Her quest to map the atomic structure of ribosomes realized, Yonath has a new dream: that her research will lead to new and more effective antibiotics, and that premature deaths from infection, an issue especially prevalent in developing nations, will become a thing of the past.