Not Just A Gut Feeling About Artificial Sweeteners 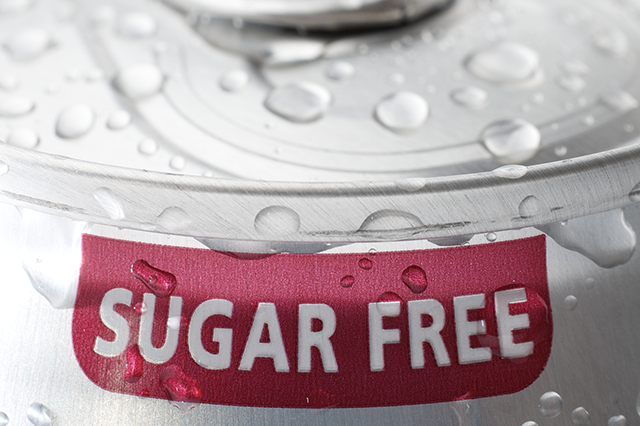 Have you heard about the bombshell Weizmann scientists dropped this week about artificial sweeteners? Stunning results published in Nature triggered global fascination. The New York Times covered the story, as did the Wall Street Journal, the Washington Post, USA Today, National Geographic and PBS Newshour.

The allure of artificial sweeteners is that they have zero calories, since we don’t actually digest them. The issue is that we are host to trillions of bacterial cells, and they do interact with the sweeteners. In fact, those cells outnumber our human cells by ten to one, which really raises questions about what it means to be human. Your microbial signature is so strong that it colonizes a hotel room within hours, wiping out the signature of the last resident. Researchers can tell which areas of your home you’ve been in recently, and how and with whom you interacted in each space.

It’s hard to picture this, because it’s invisible. Also invisible is the inside of our gut, which is a mysterious place which hosts a “microbiome” that weighs more than your brain. That microbiome changes dramatically based on what you eat. So you really are what you eat, and when you eat artificial sweeteners your microbiome, those trillions of gut bacteria, don’t like it. Their composition and function is altered as a result, and this could actually lead to glucose intolerance and metabolic disease. We also have 100 million neurons in our guts, so when you say you have a “gut feeling” about something, it’s not just a figure of speech.

Science House, which I co-direct, has been collaborating with Weizmann for several years now. It was thrilling to attend an intimate event the night before the findings appeared in Nature. Dr. Eran Segal, one of the scientists behind the study, is from the Department of Computer Science and Applied Mathematics and the Department of Molecular Cell Biology at the Weizmann Institute. Dr. Segal explained the findings of the study. While organizations around the world are struggling to figure out how to capture and use big data, Weizmann’s collaborative, interdisciplinary culture is well ahead of the curve, driving science for the benefit of humanity through many means, including bioinformatics. This enables the handling and decoding of data sets.

Marshall Levin, President and CEO of the American Committee for the Weizmann Institute of Science, pointed out at the event that scientific literacy is one of the core competencies of the 21st century. I’m one of Weizmann’s Advocates for Curiosity, and a big reason why we started the Curiosity Review was to share news with other Advocates for Curiosity and our networks to learn about advances in science that can benefit us all. This study has immediate implications for our own lives.

The scientists behind this study have a long waiting list of people who want to take part in the Personalized Nutrition Project, which will help them tailor their diets to their own very specific needs. In the meantime, you can change your microbiome in two days just by changing what you eat. Dropping artificial sweeteners is a start. Our understanding of the microbiome is in its early stages, and each person in the future may have access to information about specific foods to consume and avoid. In the meantime, you can eliminate certain toxins and elements from your diet.

◅
Previous Post Weizmann scientist and Nobel laureate, Ada Yonath, has four tips for young people interested in a career in science:
Next Post L'eau de Weizmann: A Dream in a Bottle
▻
comments powered by Disqus