High Flyers Are More Likely to Get Cancer

Flight attendants get more cancers, at a higher rate, than earthbound workers. What can they teach us? 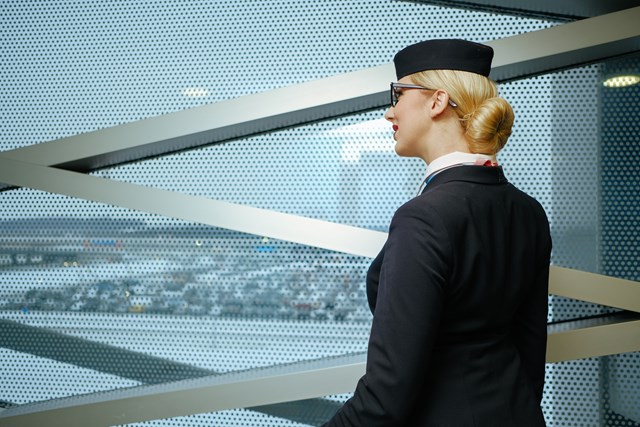 Don’t let the glamorous, globe-trotting lifestyle – and snappy, stylish uniforms! – fool you: flight attendants have much more serious things to contend with than obnoxious passengers.

It has been known for years – particularly by the attendants themselves – that the job carries increased risk of certain cancers, such as lung, breast, and melanoma. But a recent Harvard study is making news for revealing that the range of cancers is greater than expected, and include uterine, gastrointestinal, cervical, thyroid, and non-melanoma skin cancers.

The analysis also reported that the subjects “had a higher prevalence of every cancer we examined.”

Flight attendant health issues have also been under investigation since 2004 at the Weizmann Institute of Science, where the Flight Attendant Medical Research Institute (FAMRI) Center of Excellence supports research on a range of lung diseases, including cancer and chronic obstructive pulmonary disease (COPD). And the research is having results: as just one example, Prof. Zvi Livneh has developed a blood test than can predict lung cancer risk.

Weizmann’s Center of Excellence, one of five worldwide, was founded by the not-for-profit FAMRI foundation, which was established in 2001 with $300 million in funding from a post-lawsuit-tobacco-industry payout. The Harvard study was also FAMRI-funded. In fact, you can thank flight attendants for being the small-but-mighty force behind our most protective tobacco laws and for revealing the surprising fact that smoking was not actually good for you.

Today we know for a fact that not just smoke, but secondhand smoke – and, we’re now learning, even third – is bad for us, but this was not the case until just a few decades ago. The dangers of lighting up came into view due to the airline industry’s fight to ban onboard smoking. And the litigation that helped outlaw in-flight puffing began when a married pair of lawyers, Susan and Stanley Rosenblatt, stepped up on behalf of a group of flight attendants.

Filed in 1991, theirs was the first class-action suit against the tobacco industry and the first to seek damages for secondhand smoke injuries – damages that led to the endowment of FAMRI.

Read the story of the Rosenblatts; of Patty Young, the flight attendant willing to stand before Congress; and the lawsuits that hobbled Big Tobacco.

However, tobacco smoke is not the only threat to flight attendants’ health. CNN reports that “Flight attendants are often exposed to possible or probable carcinogens like pesticides, fire retardants, jet fuel and other chemicals more frequently than the general population. They are also exposed to higher levels of cosmic ionizing radiation.”

Another suspected culprit is circadian rhythm disruption. Prof. Gad Asher studies such rhythms, which play a large, still-being-uncovered role in our health and are linked to increased cancer risk. As The Wall Street Journal wrote, Asher’s research shows that jet lag – a form of circadian rhythm disruption – can be treated with low oxygen, and a simple change in airplane cabin pressure could help.

FAMRI also supports the work of Prof. Yair Reisner. Already legendary for his lifesaving organ-transplant technique, he is now studying the transplantation of stem cells to heal lungs injured by smoke and secondhand smoke. This work will hopefully lead to clinical trials in COPD or idiopathic pulmonary fibrosis (IPF) patients.

For such a relatively small group, flight attendants have had a huge impact. Stem cell therapies, lower rates of cancer, respiratory treatments, smoke-free cafes … for all these things, and the [usually] patient service with a smile, thank your flight attendant.