Learning is Powered by Inspiration (But Not the Kind You Think)

Breathing in helps us solve problems quickly and sniffing can train us while we sleep – but how? 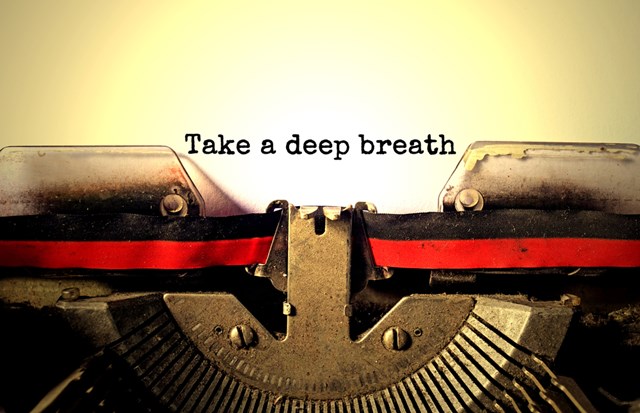 Get inspired! Breathing in helps us solve problems more quickly, says Prof. Noam Sobel and his team. The group also found that our olfactory system can help us learn (including to quit smoking) while sleeping, and even shaped the evolution of our other senses.

It doesn’t matter if we’re in school, from pre-K to postdoc; working; or pursuing hobbies after retiring, we are always learning – and of course we want to learn smarter.

Now it turns out that something you do constantly (in fact, you did it about 10-12 times while reading this far) can help: breathing.

Weizmann’s Prof. Noam Sobel studies the olfactory system, and his findings have totally changed the way we think about the humble sense of smell. We often assume that ancient developments are more crude, but smell – our earliest and oldest sense – drives split-split-split-second reactions and is so complex that it is only now, with ultra-modern, sophisticated instrumentation, that scientists like Sobel are able to understand it.

His most recent project focused on the role of breathing in learning, showing that if people inhale when presented with a problem, they did better on tests. Exhaling did not have the same effect.

Like The Curiosity Review, you might first think that the improved testing was due to the increased oxygen provided by inhaling, but the way the Sobel lab set up its study shows that that’s not the case – it is not conscious and is due to something much more ancient. In fact, the findings show that the olfactory system may have shaped the evolution of brain function far beyond just helping us to smell things (nice as that can be).

Furthermore, the study showed that the improved learning – which is based on boosting connections between parts of the brain – could not be related to oxygenation because of the rapidity with which it happens: within 200 milliseconds! Oxygen can’t move from the lungs to the brain that quickly.

Because the sense of smell is our first and oldest sense, many scientists theorize that the way it developed created a template of sorts, and that as each new sense evolved, it used the pattern laid out by the earlier ones. This is what gave the Sobel team the idea that inhalation itself might prepare the brain for taking in new information by improving the connectivity among different parts of the brain.

It makes sense that the olfactory-system-template concept would hold true across all terrestrial mammal brains, but it goes beyond we animals: Dr. Ofer Perl, who led the study, says that “Even plants and bacteria can ‘smell’ molecules in their environment and react.” How cool is that? The implications of the research are being explored in the media, too; e.g., Psychology Today links it to improving sports performance.

Another connection between learning and breathing was also identified by the Sobel lab: in research that made global headlines, the scientists showed that people can learn while asleep.

They used odors and tones – not textbooks (yet) – to show that they can “teach” sleeping people to associate certain smells with sounds. In a sort of Pavlovian response, when the awake subjects heard only the tones, with no corresponding smell, their breathing patterns changed: tones that had been paired with pleasant odors led the subjects to inhale deeply, while tones associated with unpleasant smells provoked short, shallow sniffs. (The scientists also showed that even when we’re asleep, we still find certain smells quite objectionable, and try not to breathe in too deeply.)

So even though the participants had no conscious recollection of the sleepytime lesson, their unconscious brain did – and modified their waking behavior accordingly.

In an example of the power of this kind of learning: in another study, the Sobel team “taught” smokers to smoke less by tying the smell of cigarette smoke with that of another icky odor, such as rotten eggs or fish. After their sleep training, the smokers reported a significant reduction in smoking during the following week. The scientists say they “have not yet invented a way to quit smoking as you sleep,” but do think that olfactory training is a promising direction for addiction research.

Why? It turns out that the brain’s reward center – so deeply involved in addictive behavior such as smoking – is closely interconnected with the regions that process smell.

“What we have shown is that conditioning can take place during sleep, and this conditioning can lead to real behavioral changes,” says Dr. Anat Azri of the Sobel lab. “Our sense of smell may be an entryway to our sleeping brain that may, in the future, help us to change addictive or harmful behavior.”

Such research, particularly the newest findings, provides scientific support for something many of us already know: that the controlled breathing integral to yoga and meditation – to fighting stress – is crucial for helping manage upsetting or disruptive emotions and thoughts. In other words, an ancient brain function is tied to ancient (though less so by millions of years) practices – and all are relevant to our lives today.

It gives new meaning to “inspiration.”

◅
Previous Post Medications: Good for You, Bad for the Rest of the World
Next Post Spring Cleaning: Find Joy in Picking Up Trash
▻
comments powered by Disqus