Why do cancer cells go where they go, and how do they survive once there? 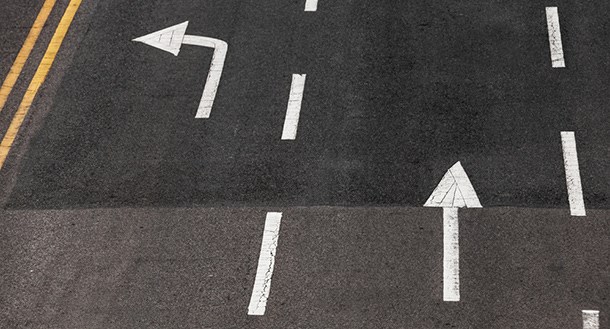 What do we have in common with Lake Michigan?

As Siddhartha Mukherjee writes in The New Yorker, the way cancer metastasizes through the body is similar to the way invasive zebra and quagga mussels have taken over that great lake, their expanding populations decimating the resident ecosystem. In their native Ukraine, however, the mussels are in balance with their environment.

And as cancer cells migrate through the body, some sites – tumor microenvironments, our “lakes” – help the disease grow and thrive, while in other locales, nothing happens.

Mukherjee is a renowned oncologist and researcher; Pulitzer-winning author of The Emperor of All Maladies: A Biography of Cancer; and – in one of The Curiosity Review’s best-spent hours – speaker at Weizmann’s 2014 Global Gathering. As he points out, metastasis is what makes cancer so formidable: “Patients who succumb to cancer generally die of these metastases, not of their primary tumors.”

In the 1950s, cancer-research pioneers at Weizmann showed that cancer develops in stages and travels throughout the body. Today, scientists everywhere are closing in on the complex mechanisms of metastasis, but still seeking answers to critical questions – including about the microenvironments that help cancer survive.

The microenvironment is the cells, blood vessels, molecules, etc., that surround and support the cancer. Even when the original tumor has been eradicated, cancer cells may have migrated and can lie in wait for years – even decades – in these cushy little lairs.

Mukherjee’s article shares an early study of breast-cancer metastases that found bizarre patterns: the “cancers had a strange and strong preference for particular organs” – e.g., liver, lungs – yet there were vast cancer-free areas in between the sites, like the oceans crossed, but left uncontaminated, by the foreign mussels.

That researcher, Stephen Paget, coined the phrase “seed and soil” to describe the phenomenon: “The seed was the cancer cell; the soil was the local ecosystem where it flourished, or failed to.”

Unbelievably, that insight was made over 100 years ago! Now, thanks to sophisticated equipment, researchers are able to intensively investigate microenvironments – and new treatments may result.

One of Weizmann’s talented young scientists, Dr. Ruth Scherz-Shouval (also the daughter of Prof. Avigdor Scherz, pioneering developer of prostate-cancer therapy Tookad®), specializes in the new tumor-microenvironment field, including studying a particularly insidious way that cancer cells spread: like spies, they recruit normal cells to create an environment favorable to their own survival and growth. The cancer “seeds” are making their own “soil.”

The ahead-of-his-time Paget also found that cancer cells like metastasizing to the bone – and that once there, they prefer certain areas. Weizmann’s Prof. Idit Shachar studies such sites: niches in the bone marrow where B cells – immune cells involved in cancers such as leukemia – “live a cosseted life.”

The cancer cells are in constant communication with their microenvironment, ensuring a comfortable home. Shachar aims to reveal the nature of this relationship – knowledge that could lead to ways of destroying cancer by cutting off its support.