Women Taking On the World 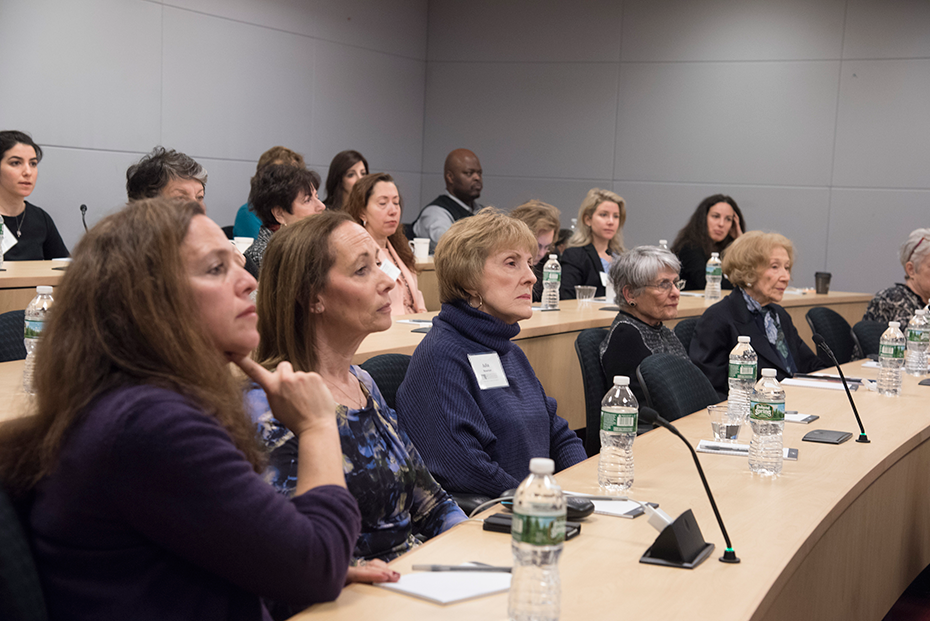 When a room full of women are asked to describe meaningful experiences in their lives, magic happens. Now imagine multiple rooms full of women in New York City, Florida, Michigan, California and Israel, connected by telepresence, sharing information about their contributions for the benefit of humanity. I was at the New York location.

I’ve been to more science related events than I can count. When the Weizmann Institute is involved, I always learn something that changes my perspective on the world, my own body or the cosmos. As great as those events always are, this one was far more powerful. The emotion in the room when women described their own paths to philanthropy was extremely emotional for many reasons.

Some of the women had been introduced to philanthropy by their families, and inherited the mantle of sharing their “time, talent and treasure,” as Ellen Merlo, National Chair of the American Committee for the Weizmann Institute, likes to say. They soon discovered a gem in Weizmann, where curiosity rules the discoveries made by scientists like Prof. Idit Shachar, who spoke to us live from Israel about her work directing the immunology lab and her focus on white blood cells.

Every such event faces a dilemma. If the scientist gets too technical, the audience might glaze over. If the scientist doesn’t share enough, it’s hard to make the point about just how much work and time are required to make the life-saving discoveries for which Weizmann is known. Weizmann was the pioneer for cancer immunotherapy, which was Science magazine’s breakthrough of the year in 2013. Prof. Shachar was pitch perfect as she illuminated her quest to harness the power of the immune system for novel therapies customized for each patient.

Then came the emotional part. Prof. Shachar spoke about the reality of being a woman in science. She timed motherhood to sync up with her successes so that she could keep moving forward in her career. 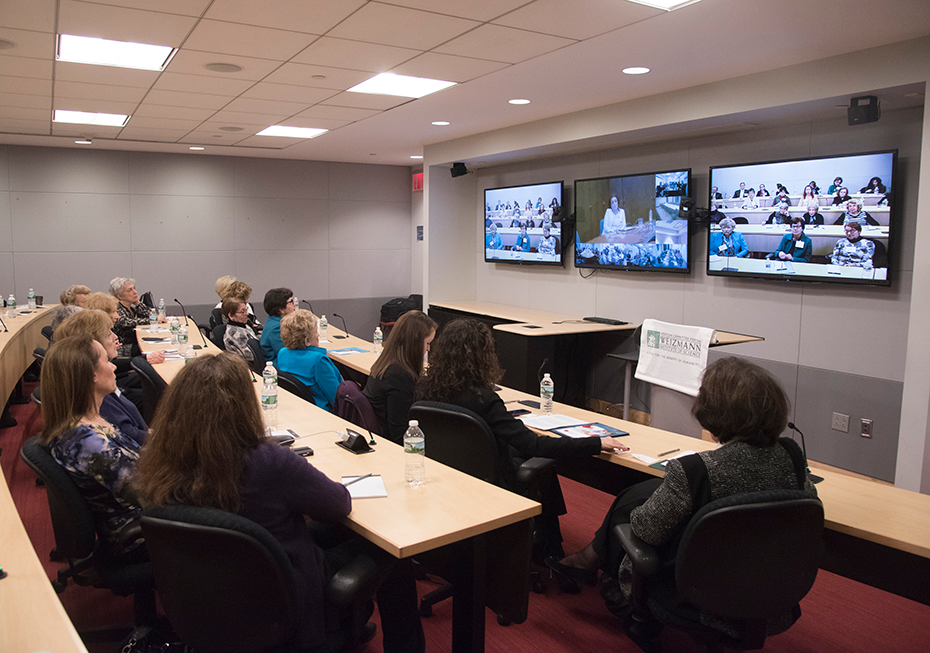 “When my work was going well, that’s when I had kids,” she said. She had her first daughter as a post-doc at Yale Medical Center, and her second after she knew she’d get promoted at Weizmann. “I am the one who leaves early to go take care of my children,” she said. “Nobody believed it would work, but it works.”

She spoke of the way the deck is stacked against women, of studies that show that the same academic paper with a man’s name on it is more likely to be accepted than the same content with a woman’s name on it. Same with a resume. You might think times have changed. But a recent study shows that women are better coders than men, but when their names are associated with their code, it gets rejected more often.

Weizmann doesn’t act like they’re doing women a favor by creating a world-class working environment for them. They know that the science is simply better when it comes from a diverse collaborative, and that an atmosphere of respect is the only way to achieve this. Weizmann even has a program for Advancing Women in Science that grants scholarships to postdocs with families to make it easier for them to relocate to study abroad, which many of them wouldn’t be able to do otherwise. When Ellen Merlo first came on board, she was asked to spearhead a $400,000 raise for this program, which she did immediately.

“There is the glass ceiling,” Prof. Shachar said. “We need to break it together.”

It was then that the women present shared their own philanthropic experiences focused on the Weizmann Institute. I didn’t expect so many tears, but it got very emotional as those present talked about multiple generations of their families getting involved with supporting the Weizmann Institute. Women are much more likely than men to make philanthropic donations, Ms. Merlo noted. Those who give to Weizmann, including one woman whose $2 million donation funded another woman’s lab, will have the satisfaction and joy of seeing their contributions flower into targeted therapies that have that rare power of truly changing the world.

◅
Previous Post Cure the Patient, Not the Disease
Next Post Followed by a Moonshadow: The Great American Solar Eclipse
▻
comments powered by Disqus