We are in the second-worst Ebola outbreak in history – but flexible, easy-to-adapt new vaccines offer hope 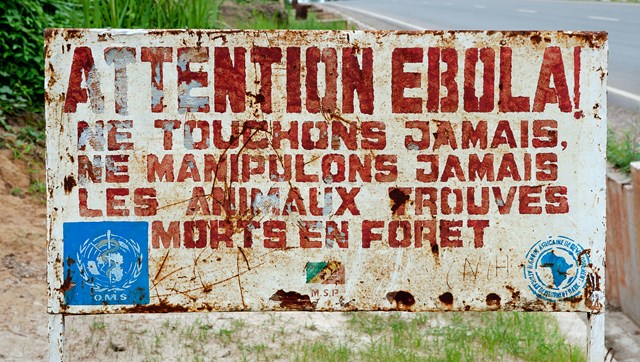 Warning, again: While not making global headlines like it used to, Ebola rages on. A sign in the Congo warns that Ebola is in the area and to avoid dead animals, which are a vector for the virus.

The massive 2014-16 outbreak of Ebola in Africa was the first time many of us had heard of the virus. The stories and images of horribly sick and dying people, the selfless doctors and nurses in their too-often-insufficient protective gear, the concern that the virus’s spread could not be stopped: for a while, Ebola was in the global consciousness. Then, thanks to efforts on a number of fronts, the outbreak was quashed. Our attention faded accordingly.

But Ebola never went away; like any good horror-movie villain, it has risen again and is back with a vengeance. We are currently having the second-worst outbreak in history. Centered in the Democratic Republic of Congo, it has been declared by the WHO to be a “public health emergency of international concern.”

Why is it so hard to keep Ebola down? Like the rest of us, viruses just want to survive, and have become quite skilled at mutating. The situation on the ground is also remarkably complex. But the bottom line is that Ebola is spreading rapidly and there is no proven treatment.

A new solution is needed, which is where the Weizmann Institute’s Drs. Sarel Fleishman and Ron Diskin come in. 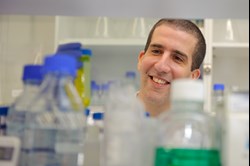 Curious about how proteins are attracted and bind to each other, Fleishman developed a first-of-its-kind method that lets him redesign the surfaces of proteins so that they will fit with and bind to other proteins he chooses – such as ones that will block disease.

First taking aim at malaria, which affects many of the same areas as Ebola, Fleishman custom-designed proteins that stopped the virus from entering proteins and reproducing. He and his team created a malaria vaccine that can be produced simply, cheaply, in large quantities, and is stable at temperatures up to 122oF, so it won’t need refrigeration – an almost inconceivable benefit in tropical areas. 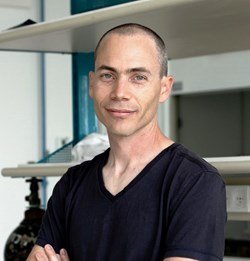 Diskin focuses on viruses largely found in tropical zones and those that can cross from animals to humans. While studying Lujo, a particularly deadly virus, he identified the unique way that it finds and binds to its target. (Both Ebola and Lujo are hemorrhagic viruses, transmitted via animals and humans, and are small-RNA viruses impacting Africa.)

Diskin discovered that the cellular receptor Lujo uses as a “doorway” is completely conserved in nearly all mammals, thus explaining how the virus is able to efficiently move from animals to humans. This breakthrough could help lead to a treatment, which then may be translatable to Ebola.

Both Fleishman and Diskin’s research features flexibility. By developing easy-to-manufacture vaccines that can be quickly tweaked to match a mutating virus, untold numbers of lives can be saved.

As Fleishman says, because his method “is so easy to use, it might be applied to emerging infectious diseases like Zika or Ebola, when quick action can stop an epidemic from developing.” And of his breakthrough, Diskin states that the findings “will hopefully assist in the development of treatments or a vaccine that would make us better prepared for a potential future outbreak.”