In a warming world, storms are more frequent and severe. Can scientists predict their paths? 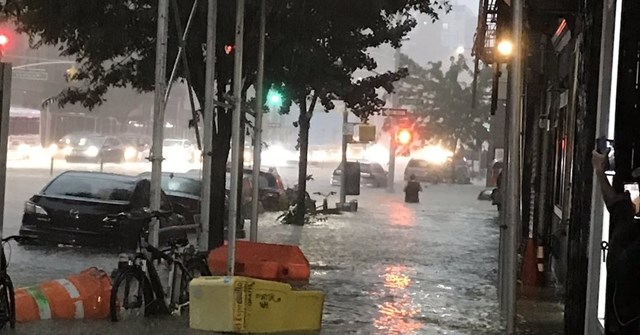 No matter where in the world you are right now, odds are you’ve recently experienced severe storms. And if you feel like they’re becoming more common, you are correct: more frequent, more severe storms are one of the many devastating effects of global warming. This makes sense, given that storms are how the earth gets rid of heat.

One reason these storms are so damaging is that they are slower moving, meaning they dump a lot of rain in a limited area, virtually washing away some communities. (Need more proof? Read this Slate article “Urban Flooding is Getting More Common” about recent heavy rain events in New Orleans and New York City.) “If you look at the records, mostly it’s the water that kills most people,” says Dr. Andreas Prein in The New York Times. A scientist with the National Center for Atmospheric Research, he also affirms that “Climate change is in general increasing the frequency and intensity of heavy rainfall storms.”

Knowing that, what we need now is to better understand these extreme storms so that we can plan ahead, which brings us to research by Prof. Yohai Kaspi, the Weizmann Institute’s renowned atmospheric scientist, showing that in a warmer climate, storms will trend toward the poles. 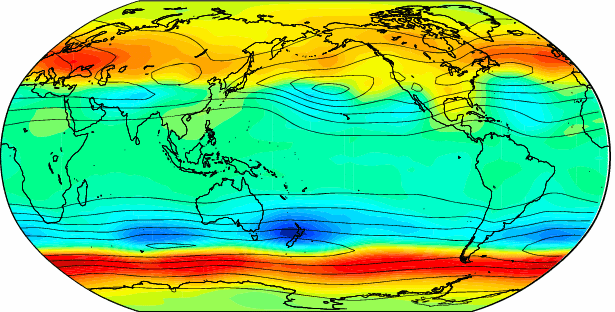 The kinetic energy shift as shown in the Kaspi/Tamarin model. Current conditions: black contours; projected changes are in warm colors

Over the past decades, scientists have observed that, thanks to our new climate regime, the Earth’s climatic zones are shifting toward the poles. There are many complex processes involved, but one is that “The hottest, wettest air is circulating up the eastern flank of the storm – to the northern side – and releasing energy there, [which] pushes the storm northward (or southward in the southern hemisphere), and this effect will also be stronger in a warmer climate,” says Dr. Talia Tamarin.

As a postdoc in the Kaspi lab, Tamarin developed a sophisticated model that provided the new information, published in Nature Geoscience, about shifting storms. (In fact, her model analyzes so much data that, even in its most simplified form, it requires several days running on one of the Weizmann Institute’s powerful computer clusters!)

Today’s models of climate change predict that if average global temperatures rise by four degrees over the next 100 years, storms will deviate poleward by two degrees of latitude. “Although two degrees may not sound like a lot,” explains Kaspi, “the resulting deviation in temperature and rain patterns will have a significant effect on climate zones.”

As Nature writes about Kaspi and Tamarin’s research, “In a warmer climate, storms that start to build over the oceans at mid-latitudes will both form and reach peak strength closer to the poles, potentially bringing harsher weather to some heavily populated areas.”

The ability to predict storm tracks in our hot new world means that residents in affected areas will have advance knowledge and time to prepare. In other words, while the work by Kaspi and Tamarin may sound esoteric, what with the advanced computing and intensive modeling and algorithms and data analysis and so on, it can have the simplest, most basic real-world impact of all: saving lives.