Night Owls Are Wired That Way

Late risers are often maligned by our culture’s “early bird gets the worm” ethos – but they’re not lazy, and it’s not a choice. It’s in their genes. 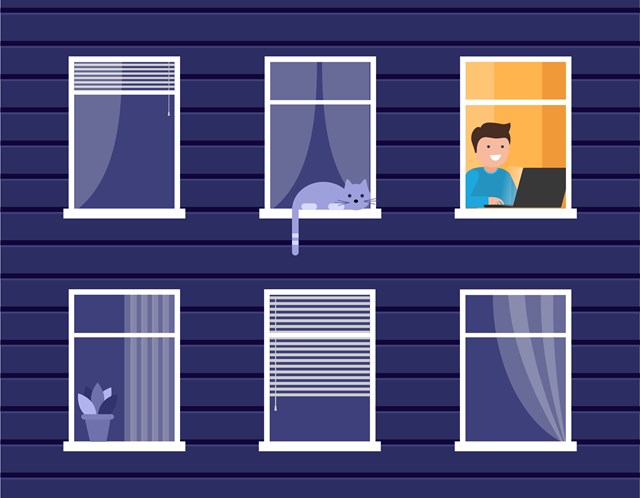 Working when your brain does: Dr. Matthew Walker says that night owls, about 30% of the population, “are bound to a delayed schedule by unavoidable DNA hardwiring. It is not their conscious fault, but rather their genetic fate.” Prof. Gad Asher shines a light on why.

Our culture celebrates early risers, valuing them as harder workers more worthy of success. But scientists like Gad Asher are now proving that night owls don’t choose their fates; it’s in their genes. Will research help owls gain respect?

As Alex Williams says in this New York Times article, night-owl maligning is “basically the idea that Ben Franklin touted more than 250 years ago — ‘early to bed, early to rise’ — with everyone else cast as lazy or self-indulgent.

“But what if they are wrong? What if night owls are actually the unsung geniuses? What if we are the ultimate disrupters and rule changers, the ones who are better suited to a modern, postindustrial society … ? Perhaps it is finally time for the night owls of the world to rise! (Just not too early, of course.)” 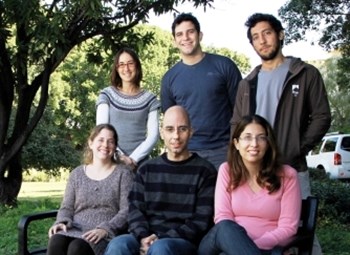 Gad Asher, seated center, and his team are finding out what makes our circadian clocks tick. These mechanisms, which exist in every cell, orchestrate our 24-hour cycles … including when we wake up.

Science now proves that birds of any feather are born that way. The time you naturally wake is called your chronotype, and it is in your DNA.

Your chronotype is set by your biological clock – also referred to as an internal or circadian clock, the latter named for the 24-hour day-night cycle. And it’s actually clocks, plural; in addition to the master clock residing in the brain, there are millions of molecular-level clocks at work in every single cell of the body.

In fact, every life form on our rotating Earth – roses, lizards, elephants, fungi – is in thrall to the day-night cycle. Scientists have even shown circadian rhythms in cells cultured in a test tube.

Leading us out of (into?) darkness is Weizmann’s Gad Asher, who has made global headlines for his research on the molecular and cellular activity underlying clocks (including, as The Wall Street Journal reports, their role in jet lag).

“Although every human being displays an unyielding twenty-four-hour pattern, the respective peak and trough points are strikingly different from one individual to the next,” explains Matthew Walker in Why We Sleep.

It is so hard for people on the vampire shift to function when awakened too early because their brains remain “in a disabled, ‘offline’ state,” Walker says, like “a cold engine after an early-morning start, it takes a long time before it warms up … and before that will not function efficiently.”

Asher discovered a previously unknown driver of the above state: oxygen. Natural fluctuations in the rate at which our cells absorb oxygen occur on a fixed daily cycle, helping the clocks deliver time-based messages about a host of processes … such as when to wake up.

Differences often evolve for a reason, so perhaps it’s advantageous that we’re not all on the same schedule. That some of us are bright at dawn while others shine at midnight. This way, we’ve got everything covered.