Nourishing the Future With Plants 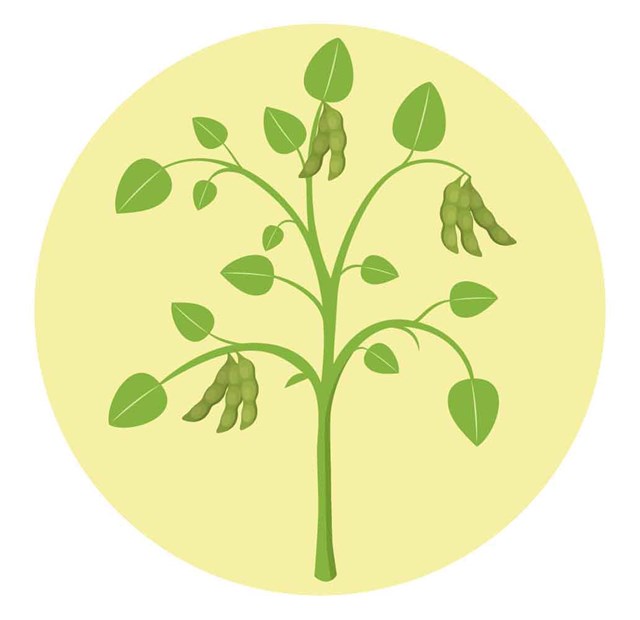 Soy superhero: Asaph Aharoni is developing a soybean plant that is easy to grow, has all seven dairy proteins, is lactose- and cholesterol-free … and can help fight malnutrition in impoverished areas, too.

Evolution is all around us … and in us. Just one of the many proofs: lactose tolerance.

We are practically drowning in dairy products, and most of us consume them – even if we shouldn’t. Until fairly recently – “only about 20,000 years — the evolutionary equivalent of a hot minute,” as an NPR story puts it – human digestive systems could not tolerate lactose, the primary sugar in milk, after infancy. Furthermore, until the late 19th century, milk was regarded as a child’s food and was not the household dietary staple it is today.

Humans began to more frequently consume cow, goat, and sheep milk about 7,500-8,000 years ago. While we don’t know for sure why our ancestors took up the frothy white habit, it provided an evolutionary edge of some type. “For the ancient Neolithic farmer,” says NPR, “it was like a superfood.”

It has long been thought that the genetic alteration allowing adult lactose tolerance began in Northern Europe, where less sunlight meant more vitamin D was needed. But a study by University College London showed that “the genetic change that enabled early Europeans to drink milk without getting sick has been mapped to dairying farmers who lived … in a region between the central Balkans and central Europe.” This mutation is in a single gene (since you asked, it’s 13,910 C/T).

However, most people do not have that genetic alteration: as NPR says, only “35 percent of the global population — mostly people with European ancestry” can digest lactose.

Those of us in the modern lactose-intolerant majority have many other choices – some of which are more palatable than others – and hopefully will soon have an even better option. Weizmann’s Prof. Asaph Aharoni, a plant scientist who has long focused on nutrition, is developing a healthier, tastier soymilk that will not contain lactose – or cholesterol, for that matter.

But the nutritional beverage has the potential to do far more than enhance the diets of lactose-intolerant dairy lovers; it could save lives.

In fact, Aharoni’s inspiration for the “super” soymilk was the desire to address an urgent public-health need: in Africa, malnutrition contributes to nearly half of all deaths of children under five.

Cow’s milk offers high caloric content, vitamins, minerals, essential fats, and quality proteins – all part of the proper nutrition essential to a child’s growth and development. While global milk production and consumption are growing steadily – in fact, they’re projected to double by 2050 – production is lagging in Africa, due to poverty and adverse climate conditions. That great continent is also home to most of the world’s undernourished children.

In order to help, the Aharoni Lab aims to produce a soy plant that not only has the nutrients and energy a child needs. Their Glycine max (soybean) milk is designed to have similar taste and nutrition to cow’s milk, but with a superior health profile: the plant will produce all seven proteins found in cow’s milk and express omegas 3 and 6, thus enriching its fatty-acid profile. It will also naturally provide essential vitamins and minerals.

A breakthrough is not of much help if it can’t be used – and the Aharoni plant can be grown in places where dairy farming is not feasible. The drink can provide impoverished rural areas with a milk alternative that can be grown and cultivated by the community, using traditional farming techniques. And since the plant itself produces the healthy ingredients, there is no need for additives.

We lactose-intolerant folk have not yet learned whether the super-milk can be used to make ice cream, but are hoping that’s the next step – for the children’s sake, of course.